After hooking and jabbing their way through the intense rounds that make up the Mythic Cup tournament, the guys at Riot Squad found themselves facing a formidable opponent in team ATK.

After an excellent display of skill and technique, team Riot Squad was able to pull off not only a dominant victory, taking 2 in a row in the Grand Final, but a back-to-back Mythic Cup prize! 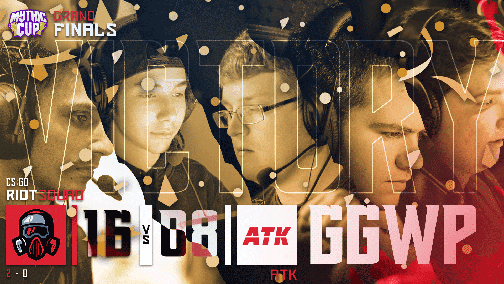 The Riot Squad family was in full force and all tuned in to watch the great performances put on by each of our players throughout the tournament!

We are extremely proud and excited for the victory as well as the momentum it will bring going into the new season!

Congrats to all the guys at Riot Squad and job well done!