In the wake of the Fortnite World Cup, one of the most widely publicized and mainstream events in the history of competitive gaming, the elite players of the hit game are ready for more as they embark on the Fortnite Champion Series.

The series kicks off at noon and competitors in the Trio event will battle it out over five weeks leading up to the Season Finals. Similar to the World Cup qualifications, players will have just a three-hour window to get as many points as possible throughout a maximum of ten games.

Lyricen and his squad will attempt to fight their way into a qualifying spot in the coming weeks while kolorful, a Fortnite World Cup Qualifier, will compete alongside of Odxnied and zdqw for their shot at the Season Finals.

XXiF and ronaldo, both Fortnite World Cup qualifiers in the duos tournament, look to rack up points and advance to the next round with the help of Armond. 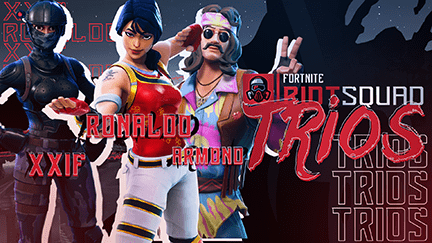 ClarityG, who also qualified and competed in the World Cup, has joined forces with Bugha and Stretch. Bugha, as I am sure you have heard, was the Fortnite World Cup solo winner and the trio looks to build upon that momentum with a strong showing in today's event. 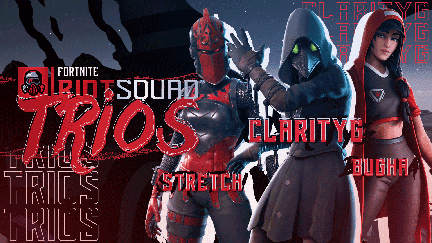 The series will consist of three rounds each week with the first two taking place on the same day. Advancing to round 2 will require placing in the top 1,000 in the NA-East Region. The rest of the series schedule is as follows:

As you can see, the Season Final will begin September 20th and $10 million worth of prizes will be distributed throughout the entire series. Riot Squad’s Fortnite players will all be competing in the NA-East region where a top 1 finish in the first week will come with $60,000 in prize money. See the full prize pool below:

At Riot Squad, we are obviously extremely excited to watch our guys compete and look forward to the events. Make sure to tune in and don’t miss a second of the action!